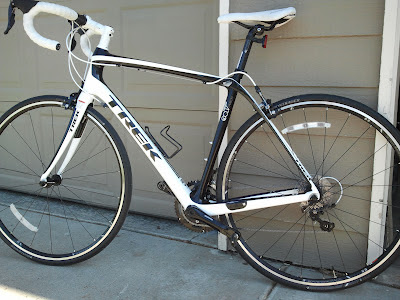 Almost all folks in the shop have had a chance to take the Trek Domane (Dough, Ma, Nee) out for a spin or two.  The comments on returning range from "not enough Os in smooth" to "I gotta get me one of these."  Trek released this bike as an endurance bike that gives riders wanting a comfortable and stable ride all they asked for while sacrificing nothing in bottom bracket stiffness. 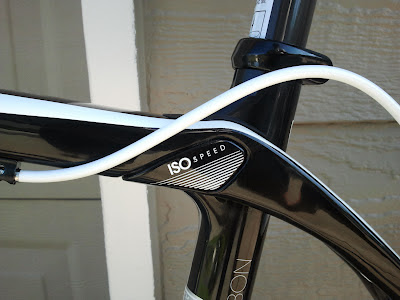 All of this is accomplished by placing an isolated pivot just forward of the seat post.  This essentially allows shock transmitted from the rear wheel to be distributed laterally through the top tube rather than vertically up the seat post into the rider's spine.  I recently had the opportunity to test the 4.5 Domane over some of the rough roads south of Spokane with good results.  This bike will take everything rider and roads can dish-out and help avoid vibration and impact fatigue.  Let's put one thing to rest once and for all - one Spokane rider claimed that the bike felt like a wet noodle - baloney.  Stand-up, sit-down, sprint or climb - this bike efficiently transfers rider power into forward motion and in a hurry - period. 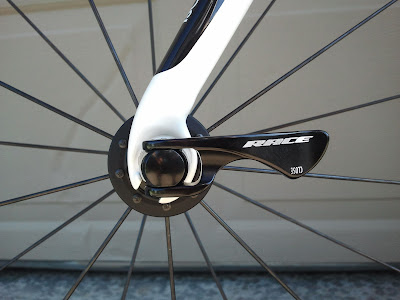 Rider fatigue is a funny thing - it results from exertion and road shock transmitted through the bike.  Until the Domane, riders had to choose stiffness over comfort - no more. Military Special forces have a mantra that Slow is Smooth and Smooth is Fast that help them stay focused and avoid jerky movements under high stress combat situations.  There is nothing slow about the Domane and its smoothness definitely makes it fast.    This bike just begs for long rides and Grand Fondo events.

A new Domane owner came in after riding the bike over 250 miles in less than a week and described how he is faster on his longer rides since he is less fatigued toward the end of the ride than his current road bike.

Domane comes in both carbon and aluminum frame versions with various component configuration to meet most budgets from the 2 series up to the 6 series under Project One.  Come in and check it out for yourself - you wont be disappointed.
Posted by Owner 2 at 6:44 AM No comments:

The Road To Bend

For the last couple of weeks, I have been riding with 75-year-old Bryant McKinley. Bryant was a bicycle racer, bike shop owner, European sports car and classic motorcycle aficionado.Subsequently, we have a lot to talk about. He is a funny guy, that is, if you listen closely. Subtle and dry is the humor he employs. We talk a lot while we ride. I can never drop him despite the 25 years he has on me. No matter what, he is right behind me.

In the late ‘70’s Bryant was diagnosed with Retinitis pigmentosa. http://en.wikipedia.org/wiki/Retinitis_pigmentosa RP is a degenerative eye disorder that slowly takes the vision of those affected. Bryant has not let this slow him down. A couple of times a week he runs the stairs – all 20 flights- in the Bank of America Bldg downtown. He also runs the Centennial Trail. Whenever he can get a captain, he will ride one of his three tandems.

Bryant put the word out that he was looking for someone to not only ride with, but to help him achieve his goal of getting to the Master’s Nationals road race this September in Bend, OR. I thought, 'too bad I am not in race shape so that I could help him'… Yeah, too bad. He called me up and suggested that we ride together to achieve his goal. I asked a lot of question about the workout plan we would do, financial obligations I would encounter, total tedium, etc., - basically I was looking for a way out. I had ALL of my concerns assuaged so that tactic didn’t work. Then my wife Tess was behind me saying “Do it!” as was my boss. How could I say "no" now?

Bryant and I first rode together 3 Mondays ago. It was a shaky ride. I don’t think that I have been on a tandem in 25 years. Apparently, he had faith that my tandem skills would re-emerge!

Many challenges till await: Getting used to pulling my right foot out at red lights, getting a pile of base miles, going from <60 miles a week to 250 to name a few. But I chose to take on these challenges head on and full steam. I told myself that if I am going to do this I am committed to complete it. Every spare moment is spent training or recovering. I had forgotten how tired I can be.

Well now the honeymoon is over, a couple hundred base miles behind us, nothing but intervals and hill repeats to occupy our “short days”ahead. Our once a week “Long Slow Days” involve 60~100 miles at a moderate pace.

This installment was a bit lengthy due to the background needed - we will keep you posted – in shorter segments a we get closer to the race.


Tomás Kelley Lynch
Posted by Owner 2 at 6:23 AM No comments:

Stopped by the new location on South Perrry Street last Thursday and saw a lot of progress on the demolition of the existing interior.  It is pretty exciting to see the space evolve and we are looking forward to getting the layout finalized this week! 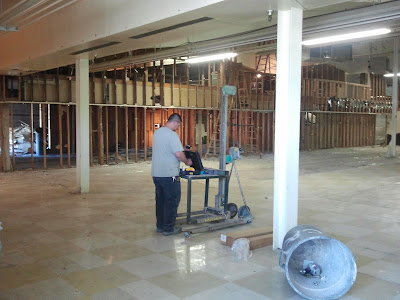 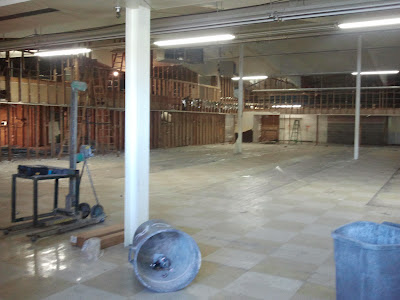 Taking the Domane Out for a Spin Tomorrow